Founded in 1993 by Royal Dahir, Al Akhawayn University in Ifrane is a Moroccan public university accredited by the government of the Kingdom of Morocco following the vision of His Late Majesty Hassan II.

Al Akhawayn opened its doors to students in January 1995 on a completely modern and networked campus. The university is coeducational, residential and primarily undergraduate but has rapidly growing graduate programs. The outlook is international and tolerance is promoted and expected of students, staff and faculty belonging to many nationalities that live and work together.

Most of the nearly 2,040 students are enrolled full-time and live on campus. About 1,845 students are undergraduates and 194 are graduates. The student population is approximately 50 percent female and 50 percent male.

Academic life is rigorous but highly personalized, and the student to full-time faculty ratio is 14 to one. All faculty members have offices and maintain a minimum of nine office hours per week for easy access by students. Because the average class size is 17, students have ample opportunity to question, respond and interact with professors and classmates. The English academic resources of Al Akhawayn University library are among the best in Morocco and the region.

Al Akhawayn University is an ideal location for students who want an introduction to the region. Morocco is an open and reasonably tolerant country in which a diverse set of faiths are welcome. The Interfaith Office supports a wide range of activities and events for members of the AUI community to learn more about each other's faiths. Many conservative values are evident; however, due to the history of Morocco, visitors are welcome and their respect for local customs is appreciated. 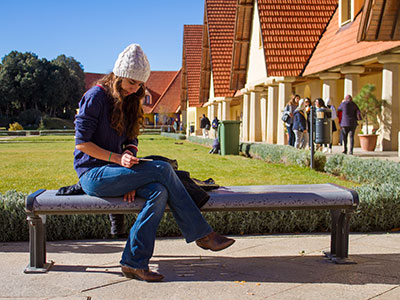 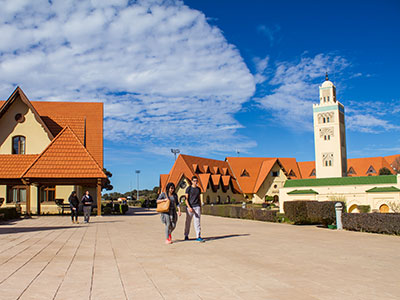 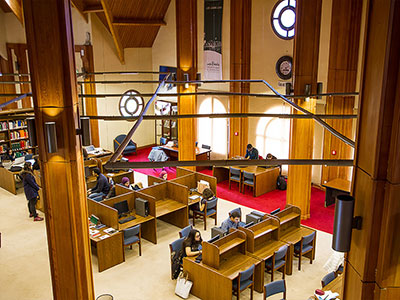