Bellarmine University is a vibrant community of educational excellence and ethical awareness that consistently ranks among the nation's best colleges and universities according to US News & World Report. Students at Bellarmine pursue an education based in the liberal arts where teaching and learning takes place in small classes with a 12:1 student to faculty ratio. Over 80 percent of the distinguished faculty hold the highest degree in their academic field, and no teaching is conducted by teaching assistants.

A vibrant campus life is complemented by recreational facilities, such as indoor and outdoor tennis courts, volleyball courts, athletic fields, a newly renovated fitness facility, and free access to the Mary T. Meagher Aquatic Center, named after a local Olympic champion and world record holder. Students live and study on a beautiful campus nestled in a safe, walkable neighborhood.

The Bellarmine campus offers easy access to the Bardstown Road entertainment and culinary district as well as downtown Louisville. Exploring downtown, students will find numerous museums, shops and restaurants and can cheer on the Minor League Baseball team or LouCity, the United Soccer League team. Known for its extensive parks system, Louisville has many outdoor opportunities including the Louisville Loop a 100-mile trail system that encircles the city connecting parks and neighborhoods.

Autumn in Louisville comes with beautiful fall foliage and the city hosts a variety of concerts, festivals and events including the JackOLantern Spectacular and concerts such as “Louder than Life”  and “Bourbon and Beyond”. Every spring, the city hosts the Kentucky Derby Festival, which brings hot air balloon races, outdoor food festivals, air shows, art shows, and the largest annual fireworks display in North America. If you have explored all of Kentucky, the state of Indiana is within walking distance from downtown Louisville by crossing the Ohio river on the Big Four Bridge. 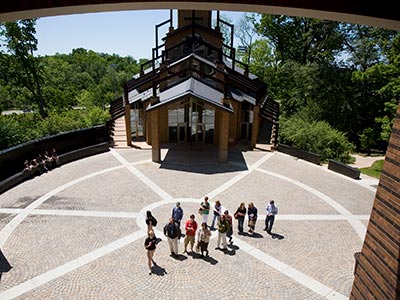 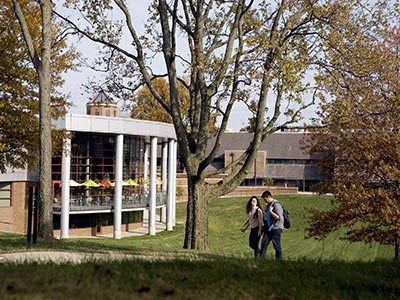