Jiangxi University of Finance and Economics (JUFE), founded in 1923, is located in Nanchang city, Jiangxi province, China. It is one of the leading universities in economics and management nationwide, ranking 7th among all the universities of Finance and Economics in China.It is jointly governed and sponsored by the Ministry of Finance, the Ministry of Education and the People’s Government of Jiangxi Province. It has been a comprehensive institution of higher learning with a focus on economics (ranking 27th in the nation) and management (ranking 64th in the nation), and it also includes significant disciplines in languages, international education, humanity, law, engineering, natural science, agriculture, philosophy and history.

There are four campuses with 21 schools in this university. It has established 58 undergraduate programs and 96 master degree programs, 33 doctoral degree programs and 28 post-doctoral programs. It has a total enrollment of more than 40,000 students, among which 26,000 are full-time and 14,000 are adult-education.The university has a current teaching staff of 1564, among which 260 are full professors, 500 associate professors, and 92 doctoral supervisors. 2 of them are awarded National Teaching Excellence Award, 24 are granted Special Government Allowances of the State Council, 2 are listed as National Model Teacher, 2 are listed in the National “One-hundred, One-thousand, Ten-thousand Talent Project”, and 3 are included in the Ministry of Education's “New Century Excellent Talents Support Project”. Each year, about 90 international teachers work in JUFE and about 40 teachers are assigned to teach abroad in overseas partner universities.

JUFE has made notable achievements in scientific research in the past five years. Over 100 projects were funded by Social Sciences of Ministry of Education of China. 28 research projects were funded by National Social Science Fund (NSSF) in 2014, ranking No.1 for 17 consecutive years in Jiangxi province, No. 16 national-wide and No. 3 among universities of finance and economics. Findings of 10 NSSF projects are included into Research Findings Briefings, which are used as reference for central government leaders. Contemporary Finance & Economics, the academic journal of JUFE was listed national top 30 social science journals and top 100 journals by Press and Public Administration.JUFE is listed “Top 50 most satisfying universities in China”. It enrolls students from the 30 provinces, municipalities and autonomous regions in China and is listed in the Key Universities in the 27 provinces. Student employment rate of JUFE graduates ranks No. 1 in Jiangxi Province. It has won “Advanced Unit of the Employment of College Graduates”. JUFE was named by Ministry of Education as “Top 50 Universities of Student Employment” and recognized by the State Council as “Top 15 National Advanced Unit of Student Employment” in 2012.Globalization of higher education and academic activities has been one of the goals of the university’s development in coming years. It has established intercollegiate relationships with more than 85 related higher institutions in 18 countries and regions, such as National Australian University, Massy University in New Zealand, Lancaster University, University of Bristol, University of Southampton in the UK, Stony Brook University, University of Missouri-St. Louis in the USA, University of Oulu in Finland, Amsterdam School of Economics and Business in Holland,  the Berlin Universities of Applies Sciences in Germany, Pusan National University in South Korea, and Ritsumeikan University in Japan. In 2010, JUFE became a member of International Student Exchange Programs (ISEP). It is the only university in China Mainland that could exchange students with more than 400 member universities. In addition, approved by Chinese Scholarship Council (CSC), JUFE is also qualified to receive international students sponsored by Chinese Government Scholarship, Central and European Non-degree Students Scholarship.

Adhering to the university motto of “Fidelity, Excellence, Integrity, and Dedication”, JUFE has made great achievements in talent-cultivating, scientific research, community service and international exchanges, significantly contributing to the advancement of economy and society, both locally and nationally. Now, JUFE is committed to building up a distinctive high-level university of Finance and Economics. 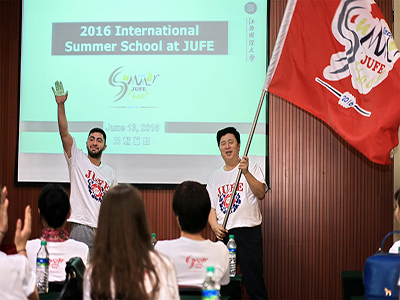 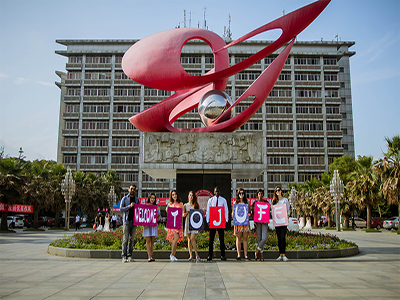 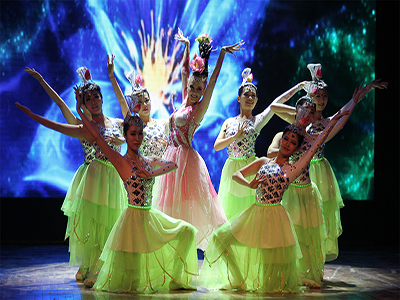 {{ university.programsLength }} Programs at Jiangxi University of Finance and Economics (JUFE)